The documentary short film The Three Brothers emerged from the question of gun enthusiasm and its origin. In the film, I focus on this matter through people close to me: There happen to be a few gun enthusiasts in my own family. In The Three Brothers I observe my father's and his two brothers' relationships with guns. One of them is a hunter, the other a gun collector and for the third, the enthusiasm for guns diminished before high school.

The Three Brothers has been shown as a part of a room installation Little Brother's Room (2019), which is inspired by the missing brother in the film. 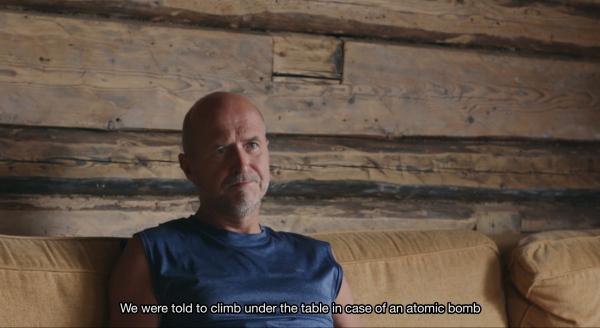 Still frame from The Three Brothers