A Ghost Story tells the story of a son and father that took place in an old rally game. The son used to play Colin McRae Rally 2.0 in his childhood, sometimes with his father. His father had set the record in game for the fastest time. The fastest time is captured in the game as a ghost car. At some point the boy's father died and he found his father's ghost car in the game. It is a story about how a piece of somebody can be stored virtually and somehow live on, although the technology is not yet very advanced in that respect. 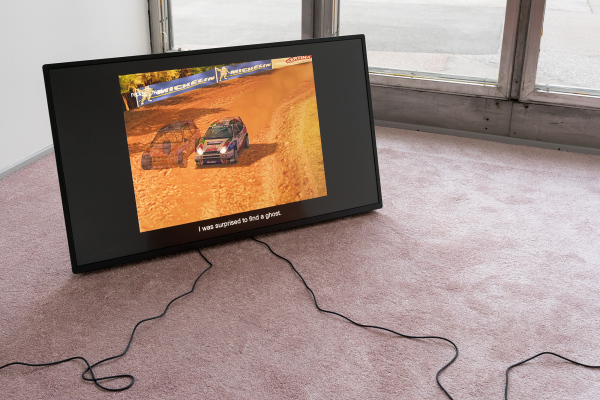